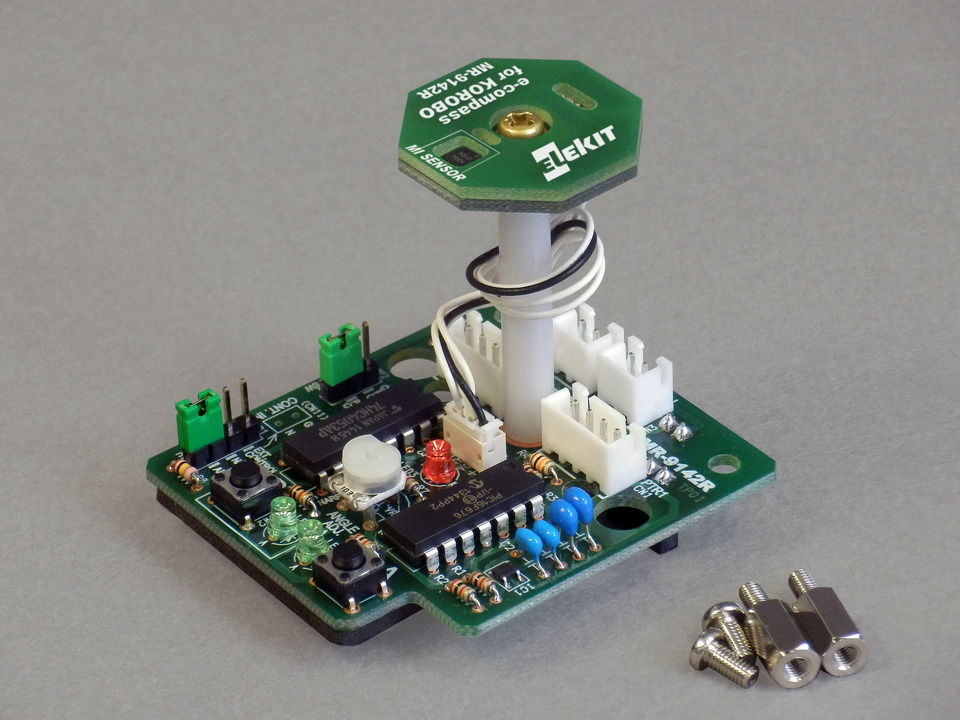 "Electronic compass" is a sensor, making use of earth magnetism, that is often adopted for detecting goals in robot soccer games or to move the robot to a certain direction. Normally, when it is used, the direction information, such as East, West, North and South, is output, and processing of such information is difficult for beginners. In addition, change in the target direction requires change in the program and very troublesome.
Such problem is solved with this compass sensor.
The output from the compass sensor is connected to the 2 input ports of KIROBO which are used for touch switches. However, a port switching function is equipped so that the touch switches can also be used.
This compass sensor is designed exclusively for KIROBO, so that the connection is very simple; the user just need to set it over KIROBO's PCB.
MI device with very high sensitibity is adopted for the earth magnetism so it is very accurate, and also low power consumption (5mA when LED is OFF, and 12mA when all LEDs are ON. (Vdd=5V)).

Power source: Supplied from KIROBO
Power consumption:
9mA when 1 LED is ON
13mA when all 3 LEDs are ON
Dimensions: W50xH57xD56mm
Weight: 27g